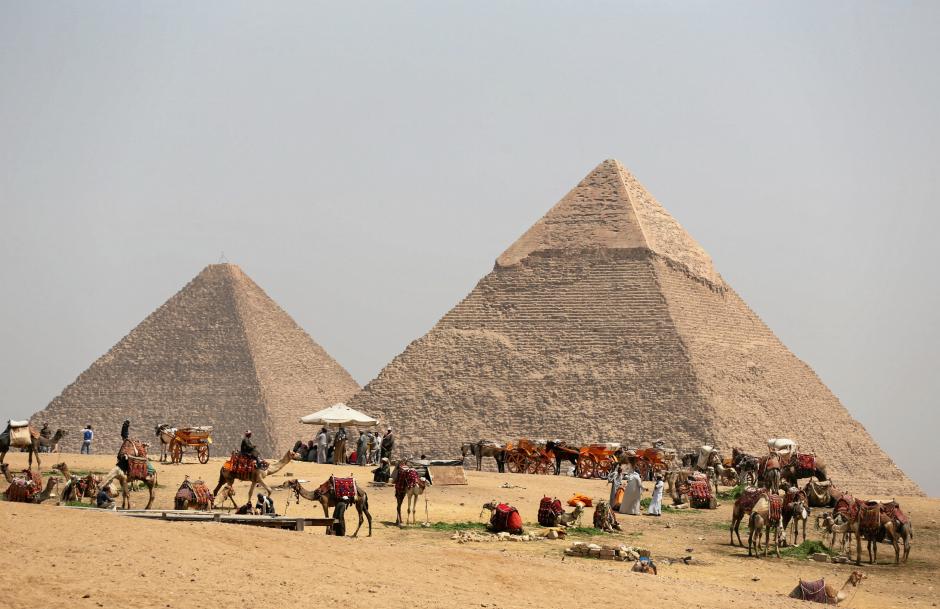 Tourism in Egypt: Egypt has successfully been improving its status as a premium travel destination this year, regaining the world’s trust that it is safe for tourism.

Many esteemed organizations have nominated Egypt as one of the top travel destinations through the number of tourists or booking rates at hotels. Business magazine Forbes, recently published an article about tourism in Egypt by travel writer Allison DiLiegro.

Titled “Why 2018 is the year to visit Egypt“, her story recounts a very personal visit to Egypt.

Rather than just gross numbers or statistics, the articles utilizes the author’s personal experiences from her time on Egyptian streets to prove that tourism in  Egypt is a safe and enjoyable country for tourists.

She starts by providing background that Egypt was her childhood dream destination,”Egypt had been at the top of my list since seventh-grade history class. To me, the Cradle of Civilization was a graduate-level travel locale, the grandest stop on a Grand Tour. So in January 2018, when I heard tourists were going back after a lull in political unrest, I booked a flight for the spring.”

She moves on to describe how the site of the pyramids is mesmerizing, ” when the pyramids came into view, I gasped and my stomach did a flip. The magnitude of the site is hard to comprehend and harder to describe. It was all tears and tingling — like my body understood the deep history in a way that my brain could not.”

DiLiegro adds that on-the-ground security in the country is immense but at the same time not intimidating, giving tourists a proper sense of security, “my husband and I felt welcome and safe throughout our time in Egypt. There are a large security presence and checkpoints located outside all sites and hotels. While this amount of security may sound nerve-wracking, it’s quite the opposite. When you are travelling with a good guide, you hardly notice all the procedures in place to keep you safe.”

DiLiegro then proceeds to list reasons for readers to why 2018 is the best time to visit Egypt.

Her first reason is the fact that tourists visiting Egypt right now don’t have to worry about other tourists, being able to enjoy most sites since there were no crowds around, “we were able to explore freely and take photos without busloads in the background.” Her tour guide explained that these sites used to see much more people in 2010.

She proceeds to mention another encouraging factor about Egyptian tourism right now which is how cost-saving it is. DiLiegro explains that after the government deflated the Egyptian pound in 2017, hotels became incredibly cheap, “the Egyptian pound lost more than half its value in the short term. As a result, it’s a very affordable time to visit, with five-star hotel rooms costing as little as $200 per night.”

Not only is Egypt affordable, it’s also quite luxurious, which is DiLiegro’s third reason. Mentioning several hotels in Cairo and one in Aswan, she compliments their views, services and facilities, “. I liked to wake up early to sit outside with my coffee and watch the boats pass. You can even see the pyramids in the distance if the sky is clear. ”

The author moves on to list some of the most impressive sites she visited during her trip including the Philae Temple, Edfu, Luxor Temple, Karnak, the Valley of the Kings and even King Tutankhamun’s mummy.

One of the main reasons for the hit in tourism was the downing of a Russian plane in 2015. However, according to Russian state media outlet Russia Today, at least 3.16 million tourists are expected to visit Egypt thanks to Russia’s decision to lift a ban on direct flights to Cairo.

This improvement comes from a rigorous advertising program Egypt has adopted in the past few years to restore its position as an international destination for tourism.

Some of these steps include inviting over world stars like footballers Benzema and Lionel Messi, as well as international actors such as Hillary Swank and Nicholas Cage to visit the country.

In 2018, an annual study by Swiss bank USB on 77 metropolitan areas ranked Egypt’s capital Cairo is the cheapest city in the world. Moreover, the International Economic Forum, one of the leading institutions in the field of economic research, issued a report on competitiveness in 2017, citing Egypt as the second cheapest tourist destination in the world.  In 2017, the United Nations World Tourism Organization (UNWTO) ranked Egypt as the world’s second fastest growing destination. The trend is only continuing to grow this year, as recent statistics indicate that Egypt received 730,000 tourists in February 2018, a 35 percent increase compared to the same month in 2017.

Luxor – A Beautiful City That Deserves A Break Why 2018 Is The Year To Visit Egypt Visit Egypt Egypt had been at the top of my list since seventh...
Continue reading